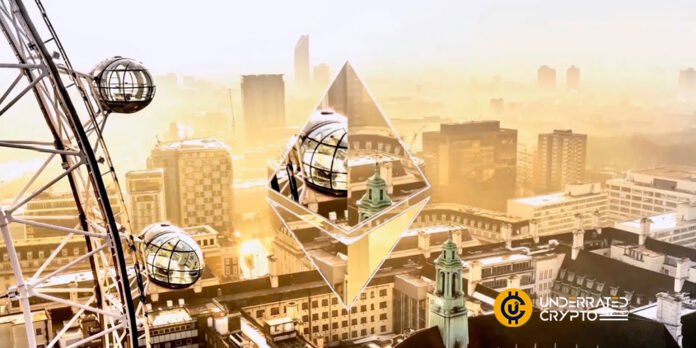 The London Hardfork, also known as EIP 1559, went live on the Ropsten Testnet network this Thursday. The launch on Ropsten is the first of three proposed testnets that the London upgrade is expected to go live on before the launch of the mainnet.

The Ethereum blockchain is one of the most widely used networks for smart contracts and decentralized financial applications (DeFi). The current transaction fee model is considered unsustainable, as periods of high network activity can lead to users paying expensive fees. While Ethereum waits to move to Proof-of-Stake (PoS) network, better known as Ethereum 2.0, the EIP 1559 upgrade has been proposed to serve as a temporary solution to the fee challenge.

For now, the rollout only affects Ethereum testnets and not the Ethereum mainnet, so users won’t notice anything different just yet, but the upgrade should follow the latest update known as Berlin, which was activated on the Ethereum mainnet just a few months ago.

Following the launch of the EIP 1559 upgrade on the Ropsten network, the upgrade will be activated on Goerli Network at block number 5062605, with commissioning scheduled for 30 June. The Rinkeby testnet is scheduled for July 7, after attaining block number 8897988. Ropsten miners and Goerli/Rinkeby validators will now have to expand their gas limits to double what they had before. This is because once London is live, the block size will be doubled and EIP-1559 will fill the blocks to about 50%.

The reason the upgrade is called London is because Ethereum ran out of names for their planned network upgrades. At some point they got the suggestion to use Devcon city names for upgrades, and that led to it being called London since that’s where Devcon 1 was held.

underratedcrypto - May 5, 2021 0
Nonfungible tokens (NFTs) have become an exciting field in the cryptocurrency and blockchain space. The rate of development and adoption of NFTs has been...