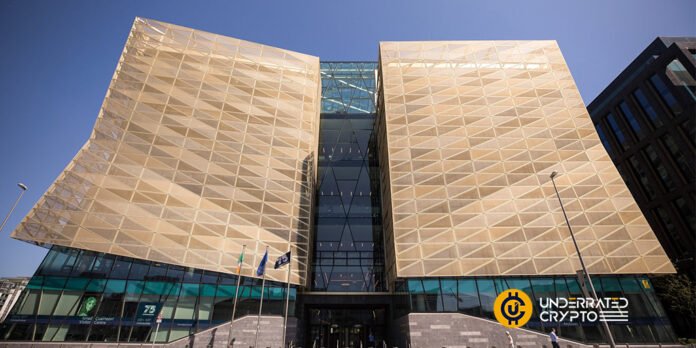 “Crypto assets are quite a speculative, unregulated investment,” Central Bank of Ireland’s director-general for financial conduct said. She added that people should be “really aware they could lose the whole of that investment.”

Rowland has now joined a bevy of central bankers expressing their concerns over the growing prominence of cryptocurrencies. Bank of England Governor Andrew Bailey has repeatedly remarked that cryptocurrencies have no intrinsic value, referring to them as “dangerous.”

In leading her department at the Central Bank of Ireland, Rowland has demonstrated gravitas, imposing fines on some of the nation’s biggest financial firms. Her attitude towards cryptocurrencies could have significant implications for the country’s greater adoption of crypto on the European front.

In July, Rowland will take on her new role as chairwoman of the European Securities and Markets Authority (ESMA) investment management standing committee. While this department focuses on preparing regulations for the funds industry, her position as the top official in a European-wide regulatory body will lend strength to her voice.

While concerned about crypto, Rowland’s new role will focus more on the growing gamification of investing products and services. She feels that a “gamified” approach to investing, popularized by trading apps like Robinhood. could soon become an issue in Europe.

Critics have charged Robinhood with turning trading into a social activity, rather than approaching it more prudently. In their mind, investors using message boards to make financial decisions instead of proper investment advice could be dangerously exposed.

Despite lacking a timeline for the adoption of any new regulation, Rowland stresses that any new rules need to be “technology-neutral.” In this, she means that “you’re not getting better protections in older paper-based processes than you are in more online processes.”