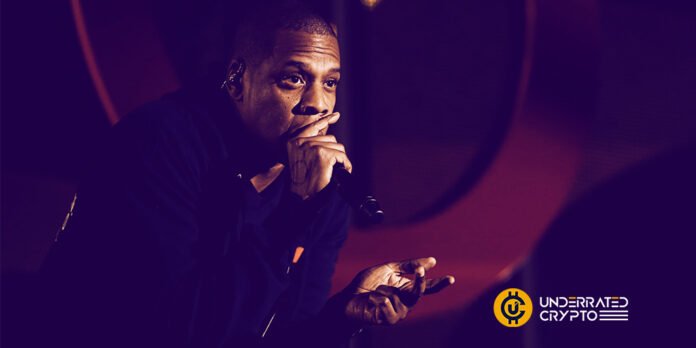 Jay-Z will celebrate the 25th anniversary of his debut album, Reasonable Doubt, by minting and selling his first non-fungible token.

The new piece is  titled Heir to the Throne

For the NFT, Jay-Z commissioned artist Derrick Adams to create a unique animated digital piece inspired by the Reasonable Doubt cover. The new piece is titled Heir to the Throne, which was originally intended to be the title of Reasonable Doubt. Heir to the Throne NFT will be auctioned online through Sotheby’s. Bidding starts at $1,000, and the auction runs from today, June 25, until July 2 at 10 a.m. ET. A portion of the auction proceeds will benefit Shawn Carter Foundation.

Damon Dash, one of the co-founders of Roc-A- Fella Records along with Jay-Z and Kareem Burke, was sued for allegedly trying to sell the copyright of “Reasonable Doubt” at an NFT auction just days before the announcement. Dash later stated that he was actually trying to sell his entire stake in Roc-A-Fella as NFT, according to TMZ.

Sotheby’s accepts cryptocurrency ETH and BTC as a payment option. The famed auction house said earlier this week that it would accept crypto payments for the upcoming sale of an ultra-rare 100-carat diamond.

Jay-Z shows he owns a crypto punk on Twitter

Another notable event today is that Jay-Z changed his profile picture on Twitter to a crypto punk. On his Twitter account @sc, he can be seen showing off CryptoPunk #6095, which he bought on OpenSea 2 months ago for 55 Ethereum.

ABOUT US
The most complete and up to date information on Blockchain Technology and cryptocurrencies.
Contact us: [email protected]o.com
FOLLOW US
MORE STORIES

underratedcrypto - May 11, 2021 0
Floyd Mayweather, the boxing icon with 0 defeats against his name has become the latest pro-athlete to join the NFT mania as he is all set...